A few words about us

Malta Young Sailors Club strives to be the young sailors centre of excellence, making sailing affordable, seeking and cultivating the potential of children in sailing, increasing child physical activities and fostering well rounded members of Maltese society. As a centre of excellence, the club actively promotes to sailing clubs around the world, the hosting of various sailing activities and regattas to take place in Malta.

Making Sailing Available for Everyone

MYSC understands that children have considerable choice of activities today. There are significant life-skill benefits which children will aquire when sailing. However you don't want to invest a lot into something when your child may not be destined for it. At MYSC, we can provide everything that the child needs to get a taste of sailing.

Help the Overall Development of Children

It is a studied fact that sailing, as an individual sport, helps children develop self-awareness, social skills, as well as improve their health and general well being.

What other sport can develop a child skills to go on to become a National, European or World Champion before they are 16? Yes, at MYSC we have done this.

“It is a studied fact that sailing, as an individual sport, helps children develop self-awareness, social skills, as well as improve their health and general well being. Our sailors and parents can share many positive experiences”

Making Sailing Fair and Safe for Everyone

It is the policy of Malta Young Sailors club that all participants, coaches, instructors, officials, parents and volunteers show respect and understanding for each other, treat everyone equally within the context of the sport and conduct themselves in a way that reflects the principles of the club. The aim is for all participants to enjoy their sport and to improve performance.

Abusive language, swearing, intimidation, aggressive behaviour or lack of respect for others and their property will not be tolerated and may lead to disciplinary action. 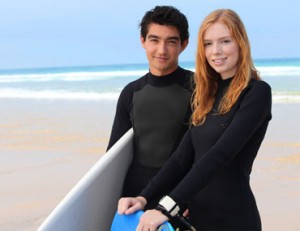 The unofficial start of young sailing in Malta

In the early 90’s Arabella and Philip Denvir had been operating the Malta Sailing School quite successfully utilising a mixed bag of whatever dinghies were available but once the children had done a course there was no organisation that was available to provide sailing on a regular basis.

John Ripard Jr, whose eldest son Sebastian was 7 at the time and very keen to go sailing alone, decided to put all his energy to creating an Optimist Class in Malta which did not exist up till then. Buying a home-built wooden Optimist enabled Sebastian to start sailing but what was missing was friends in whose company he could sail. The initial gang consisted of Keith Cutajar, Kai Merten, Emma Micallef and Danny Calascione all of whom had been to Arabella’s school and together with Sebastian this group would meet from time to time.

John wanted to achieve 2 things very quickly before the initial enthusiasm died down. One was to grow the fleet of optimist sailors and the second thing was to organise a structure whereby these children could meet and sail together on a frequent and regular basis.

In 1996 John and Jost Merten individually decided to sponsor young children to take sailing courses provided by the Malta Sailing School. John did this by offering a free sailing course to children at the Luxol football nursery enlisting the support and guidance of Pippo Psaila. Jost in turn also offered similarly sponsored courses and from then the whole thing took off. A large number of children responded and to cope with the demand John and Jost each purchased 5 Optimist dinghies from the UK and formed the Youth Sailing Foundation.

The Club is Founded

The youngsters started meeting every Saturday at The Cavalieri Hotel and with Pippo Psaila in charge The Malta Young Sailors Club was officially founded on the 21st March 1997 with a total of 10 members.